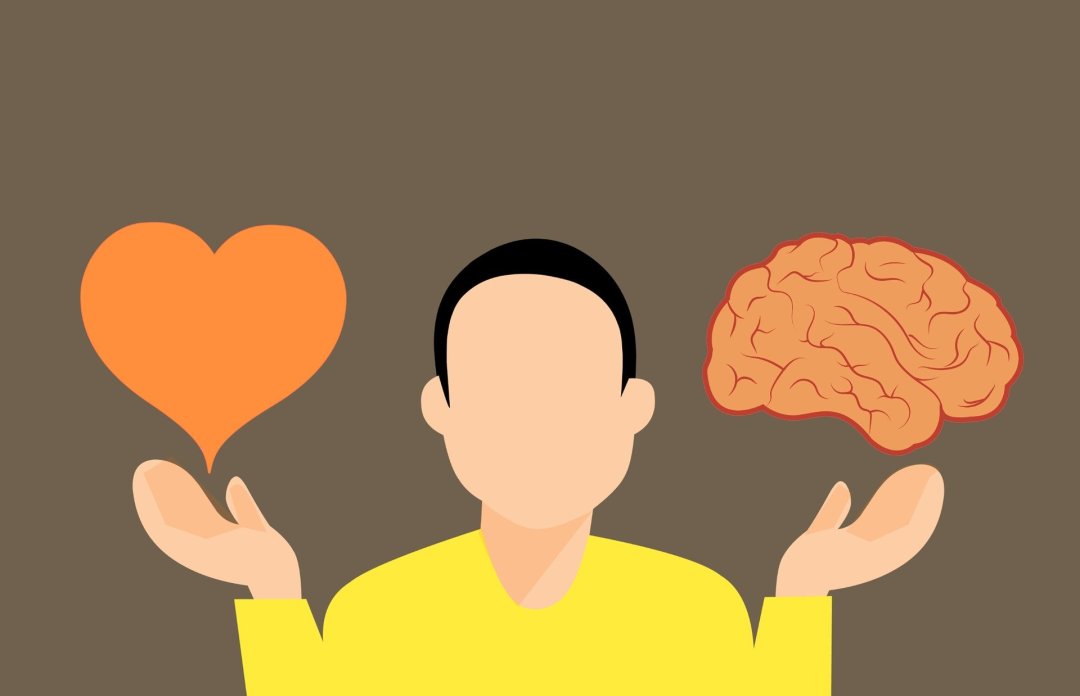 I read a romance written by a man.

Some time ago, a thread popped up in one of my paranormal romance groups about PNR written by men. I was intrigued by this, having never read a romance novel written by a man (at least, that I knew to be a man).

I know for a fact that the m/m women write is mostly a train wreck, confirmed by friends who are gay men and read that stuff for the slightly offensive laughs. I’m sure we’ve all seen the ridiculous way some men have written women. There are multiple reddit forums about it. I’m guessing men would also feel this way about straight romance if they read it. So I figured by reading a romance written by a man, I’d gain some better sense of how to write a man.

I downloaded the book at the wrong time. I don’t remember which disaster was going on then, I just know I didn’t have time to read, and it was at least a month or two before I was able to get to it. By then, I had all but forgotten it was written by a man.

I’m not going to tell you what the book is. I don’t believe in blogging about books I dislike unless the book is popular enough everyone knows it or I’m weighing in on a controversy. And I disliked this book. If you can identify the book I’m talking about, it’s mostly likely because you’ve already read it and have your own opinions on it, and that’s fine.

Even if you liked it. Because a lot of people liked it. Its reviews on amazon are stellar, and they don’t appear to be paid for. I’m honestly stumped by that, but I do know this author writes primarily in another genre. I’m guessing he has a big ARC team. Anyway.

As I previously mentioned, I’d forgotten it was written by a man when I started it. And although I mostly enjoyed the beginning of it, I will say he used the “R” word (rape) in a way that made me…uncomfortable? I don’t know if it was excessively used or inappropriately used or what, but I got the weirdest vibe from it. And I can’t stress enough that I’m not someone who gets triggered easily. I’m not a fan of dark or abusive romance, but I don’t judge it, and I don’t have issues with rape scenes in general or even when the consent is questionable with the couple who ultimately gets the happily ever after. So the word doesn’t generally rub me the wrong way, but it felt wrong in this book.

It wasn’t long after that before I remembered this book was written by a man. And that got my hackles up. My immediate thought was that yes, men can also be raped, but this man, at least, has no idea what that word means to a woman. He doesn’t understand that no woman would use this term this way. And at that point, I actually felt better for remembering who the author was. I wrote it off. I live with a man, I’m surrounded by men in my life. It’s not like this is the first time I’ve ever dealt with a man who, no matter how forward thinking and sympathetic to women he is, manages to fuck up royally with something like this. I let it go. I was relieved that a woman didn’t write this.

But…the knowledge that this was written by a man lingers. It festers. It makes every sentence worthy of analysis. And the results are…

So here’s the thing. Both of the main characters are awful. A character who is presented as an idiot and goes on to do idiotic things, I’m fine with. This was a character that is supposedly brilliant. She either has or is working toward advanced degrees in a hard science (I don’t recall if that’s clarified). At least one of her parents has a scientific background. She is also devoutly religious. A rare combination, but I’m totally good with that. One of my favorite characters is Ella from Lucifer, and she’s all over both science and religion. I love it when it’s done well.

This character lives in what appears to be abject poverty. Not really an explanation, leastwise one that is memorable or reinforced enough that three books later, I remember why. And she’s an extreme coupon clipper, totally valid, but she’s picky about hotel rooms and seems to have an unending supply of money. As someone who is objectively intelligent and has lived in poverty, I can tell you right now that even if she’s playing like her cash flow is solid as that account dips, dips, dips, she is stressing. I can explain this away as an author who has never been extremely poor but also travelling heavily. Okay.

More importantly, she’s the most irrational main character I have ever come across in romance beyond, again, characters who are intended to be that way. This isn’t a manic pixie dream girl. This is supposed to be a normal-to-above-average-intelligence girl. And this isn’t like she’s socially inept or anything. I promise I give a lot of allowances for quirks, character flaws, and foiling. Also, occasional breaks in character and even minor continuity errors. I’m super forgiving, which is why I get so mad when authors do break the line.

And that’s the biggest problem I’m facing with this. Super smart, devoutly religious in a story within the angel/demon subgenre that does not subvert her religion, but she’s a terrible judge of character, she puts herself in danger constantly, she gets mad over the world working exactly the way her faith has told her it works, and her mood swings make your head spin. If I came across this character in another book, I would tell myself this author doesn’t know what they’re doing and needs to learn more about creative writing. If I came across this character in another book. Knowing this was written by a man, my thought instead is he knows what he’s doing, he just thinks this is how women are. He’s a misogynist. I don’t want to make an accusation like that, and I’m sure the author would never think he was, but I’ve never come across a character like this before. Whether it’s right or not, it’s impossible for me to not make the correlation.

Onto the male MC. He is highly logical. He also doesn’t cater to her stupidity. He has no patience for her. They’re a bonded pair, he doesn’t have a choice but to be with her, but he pretty much hates her. And I get it. This is one of the things that plagues me the most because if I was in this situation where I was paired with her, I can’t say I wouldn’t handle it the same way. But just like with the R word, the way the author presents it rubs the wrong way. The character is a raging asshole. There’s such a fine line between alpha-hole and this, but it’s there.

Or is it? That’s the thing. I don’t know if the knowledge that a man wrote this has caused this projection. Maybe he is just a stock alpha-hole, and because I don’t like alpha-holes in general and I suspect the author of latent misogyny, this character has been pushed over the line.

But I’m sorry, in a story where there is a bonded pair and one of them has a logical impairment as obvious as this girl’s, he has to learn how to accommodate that. That’s it. No question. And as far as I got in the series—I had a breaking point where I couldn’t go on—that never happened. Their relationship progressed to full-on declarations of love, and the closest he ever got to accommodating her was going along with her stupidity to the expected tragic results. That’s not what I’m talking about. I’m talking about meeting her at her level to explain things properly. Or, like, tattooing reminders on her arm that she’d already understood certain things. Because they’re definitely stuck in a circle with her pulling the “Oh, I get it, this is okay *FIVE MINUTES LATER* I didn’t say this was okay you’re the worst! *ZERO POINT FIVE SECONDS LATER* like, wanna bang or whatever?” move.

But. Sigh. There is a valid reason for him refusing to accommodate her, which adds another level to this mess and makes me question further if this is all stemming from that initial issue with the R word, and I’m simply making everything out to be way more of an issue than it is.

Or, if I’m still overcompensating trying to prevent myself from skewing my opinion and it’s even worse than I think it is.

Here’s another layer: This thing is littered with plot holes and continuity errors. I know this doesn’t have anything to do with the gender of the author, but it’s another thing that might actually have a valid explanation down the line. The way she is, the way he is, the way things aren’t connecting properly, the contradictions happening, they might all have an explanation. Something could occur later that wraps this all up so neatly in a bow that I say, “Eureka! This was brilliant!”

Except I’ll never know, because I’ll never finish reading it. My breaking point was over an issue with her, but the author also committed what I consider to be the cardinal sin of self-publishing. If you follow my blog, you know what that is. So even if this does have a Eureka! moment, it’s still bad.

Also, going back to that initial issue of the girl tossing the R word around in an uncomfortable way that made it seem like the author didn’t understand the female perspective? Yeah, the girl was a victim of sexual abuse. Which made it even more offensive.

My point of this is not to say that men shouldn’t write romance. It’s not to say that men are bad at writing it. This was a single person, and I don’t know if his gender had anything to do with the issue. It could be, I’m not going to immediately say this was a one-off and I’m sure it will never happen again, but I’m also not going to condemn men outright because of the actions of this one. And if this is how men typically write women, I would never tell a man not to. That man might be the exception to the rule and write something amazing. I support you, potential man writer of romance.

But please don’t be misogynistic.

And read a lot of romance written by women plus the reviews to get a solid idea of how women write women and how readers respond to those women.

And don’t write women with flaws that men typically accuse women of having, like being irrational or bitchy. Even if you see those flaws in romance written by women. Sorry you’re being held to a higher standard, but that’s what it’s like for women trying to get into the STEM workplace so *shrug*.

And maybe get a sensitivity reader. It’s going to be a challenge because most sensitivity readers won’t touch romance that doesn’t include diversity (not saying yours shouldn’t, but if it doesn’t this will be a problem), but I’m sure someone will do it.

(And get your novels proofread fvgkjagbalkgvjhba;lhngf;adfi;)

Have you read romances written by men? Did you have a similar experience or (hopefully) a way better one? I welcome recommendations that will cleanse my palate and give me faith in men again!